Doddle MVP and beyond

Situation: Doddle is an exciting new parcel service with stores based in railway stations and major hubs across Britain. After finishing the Doddle discovery project, we were commissioned to develop an MVP app for iPhone and Android smartphones for launching in 6 weeks time. My role was as UX architect, and was overseen by a senior colleague.

Task: My task was to design the user experience of an MVP app based on our discovery outcome, with functions that are essential and achievable within the time scale.

Approach: We worked in an Agile way for this project, on a feature by feature basis. Our project team sitting together and working very closely throughout the project.

Results: MVP app was launched on time, and was featured in App Store. We are now developing the day 2 features and enhancement. The app is growing with the business. 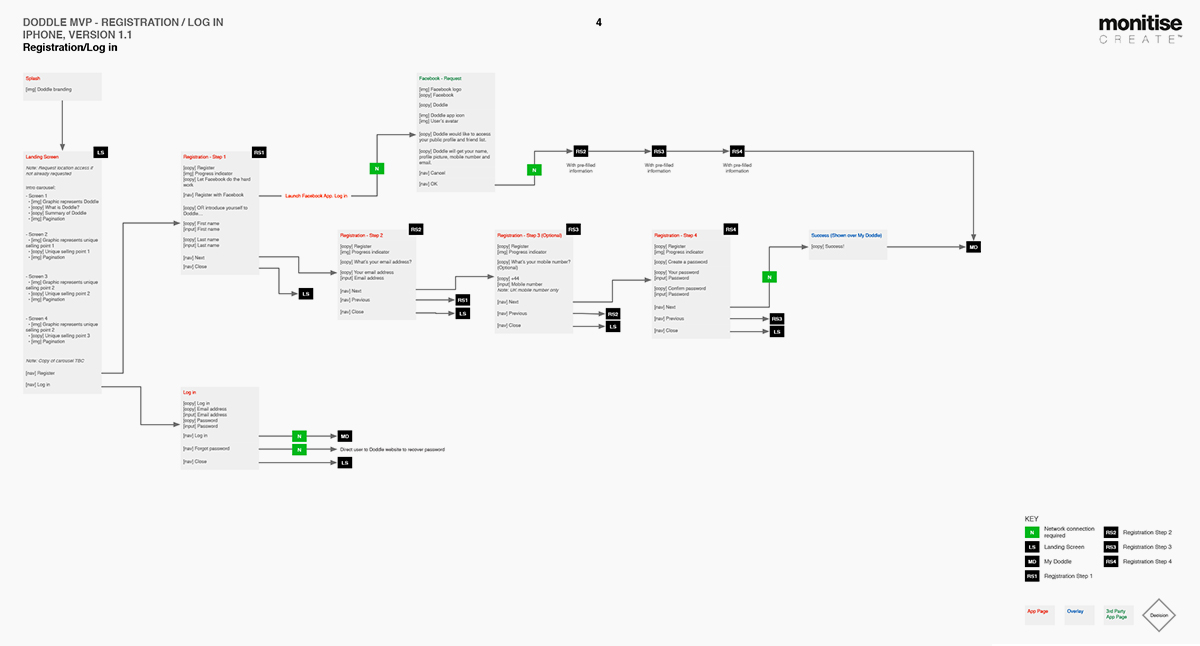 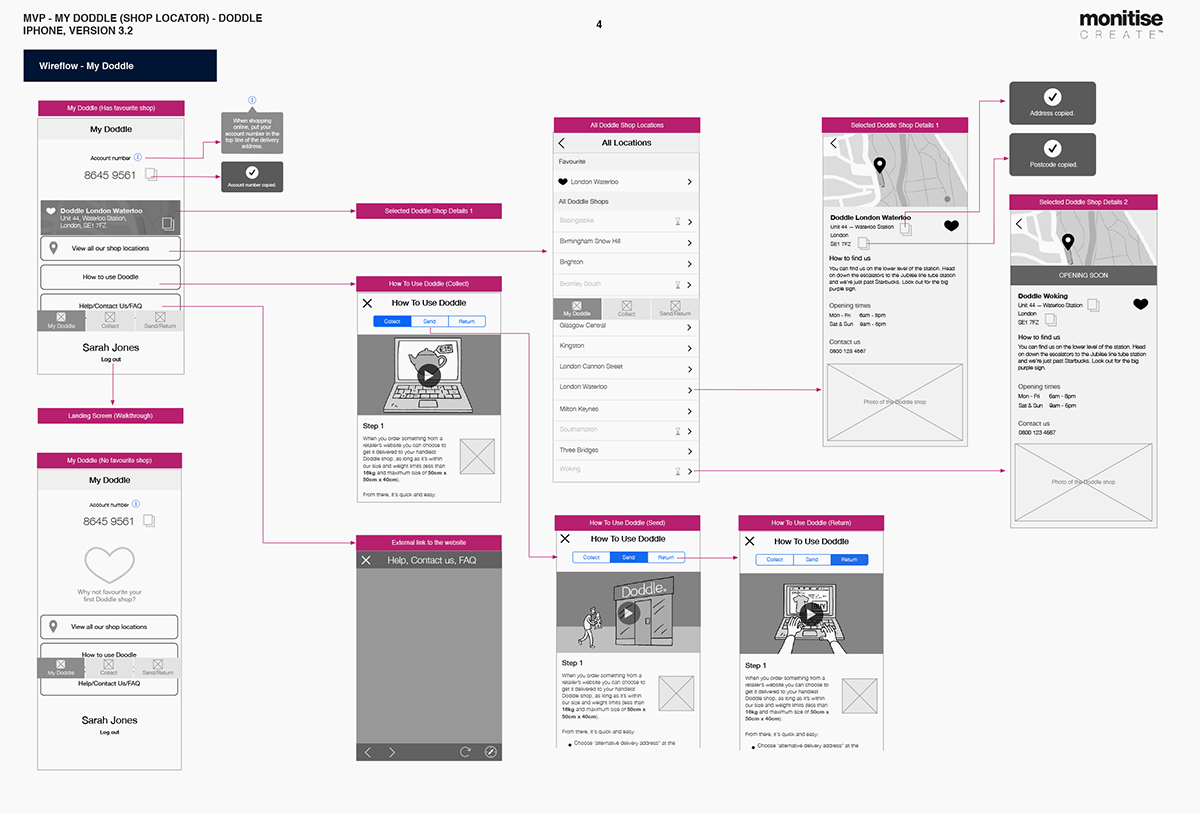 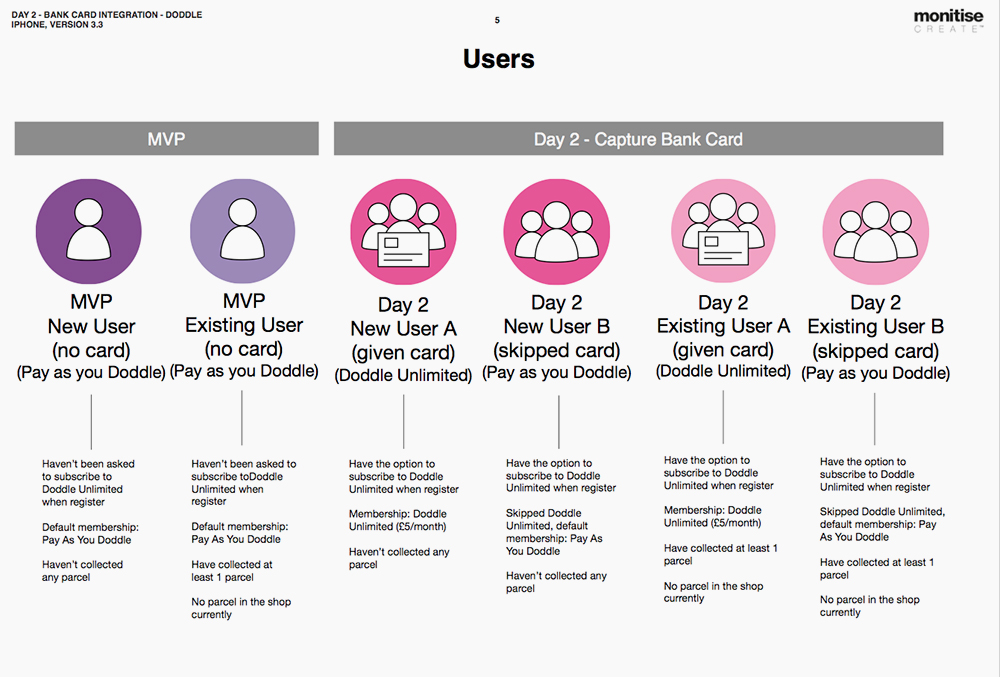 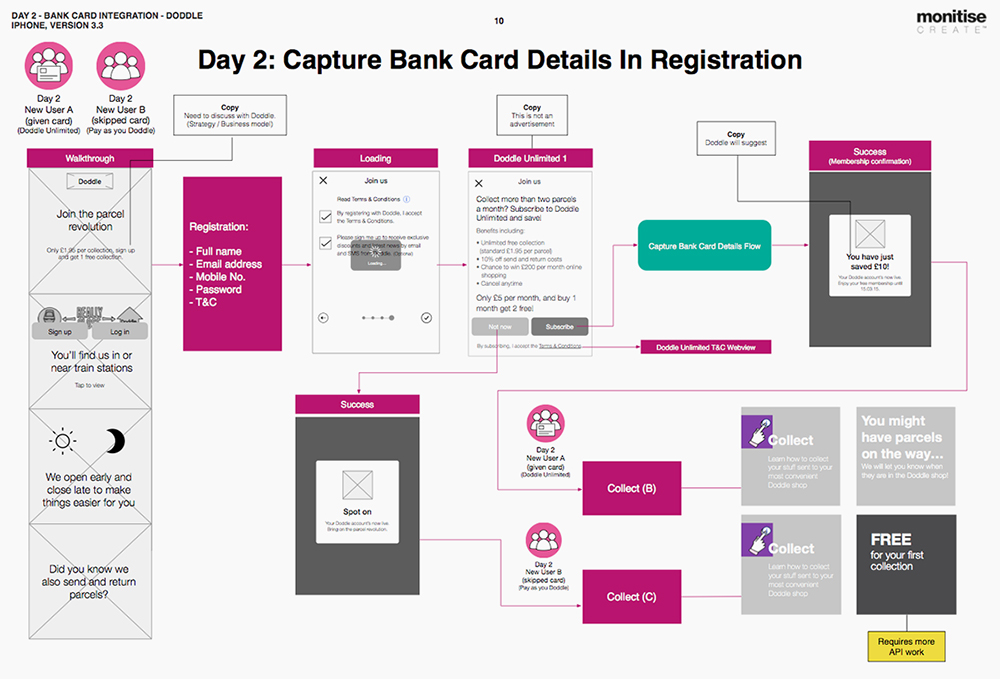 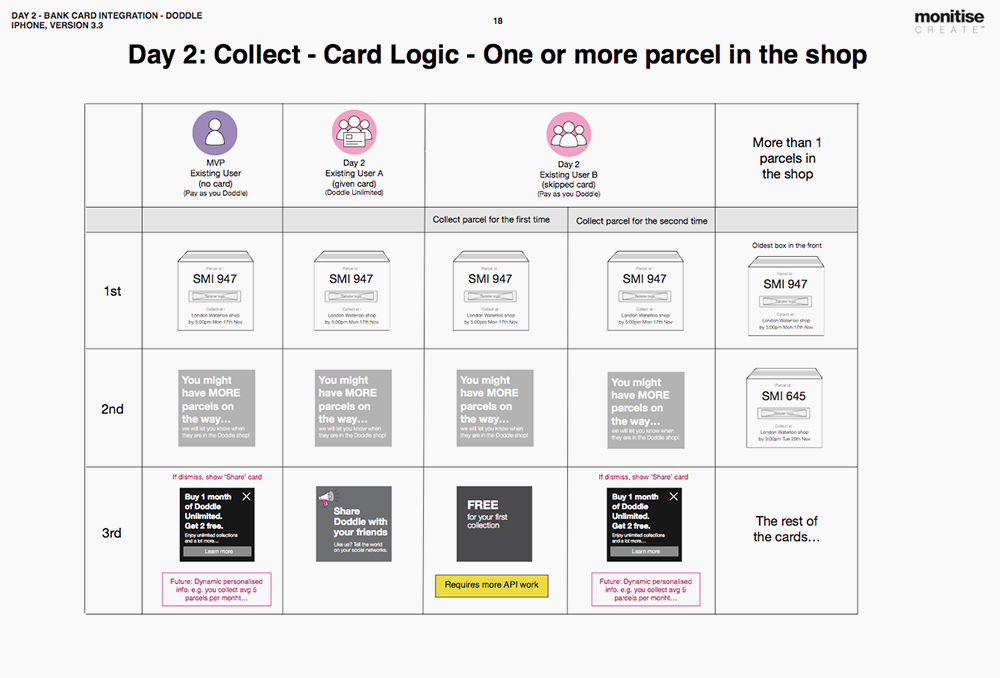