Mobile apps for iOS and Android

Situation: We were chosen by CheapFlights to create ‘the easiest tool to discover the very best flight deals’ on mobile, for iPhone, iPad and Android smartphones. My role was as UX Architect for MVP iPhone and Android apps, and I reported directly to the Creative Director.

Task: I was tasked to design the UX for iPhone and Android smartphone apps, from scoping to wireframes sign off in 5 weeks, and worked closely with other team members (visual designers, developers, QA testers, project managers etc.) throughout the project.

Results: The apps were delivered on time, and to client’s satisfaction. It also received 4-5 star reviews from end users.

Addition: After the MVP launch, I was invited to work at client side for 2 weeks to work with their in-house UX and VD team, to add more features to the apps. I also created a UX best practice document for them as a reference to carry on developing the apps in-house. 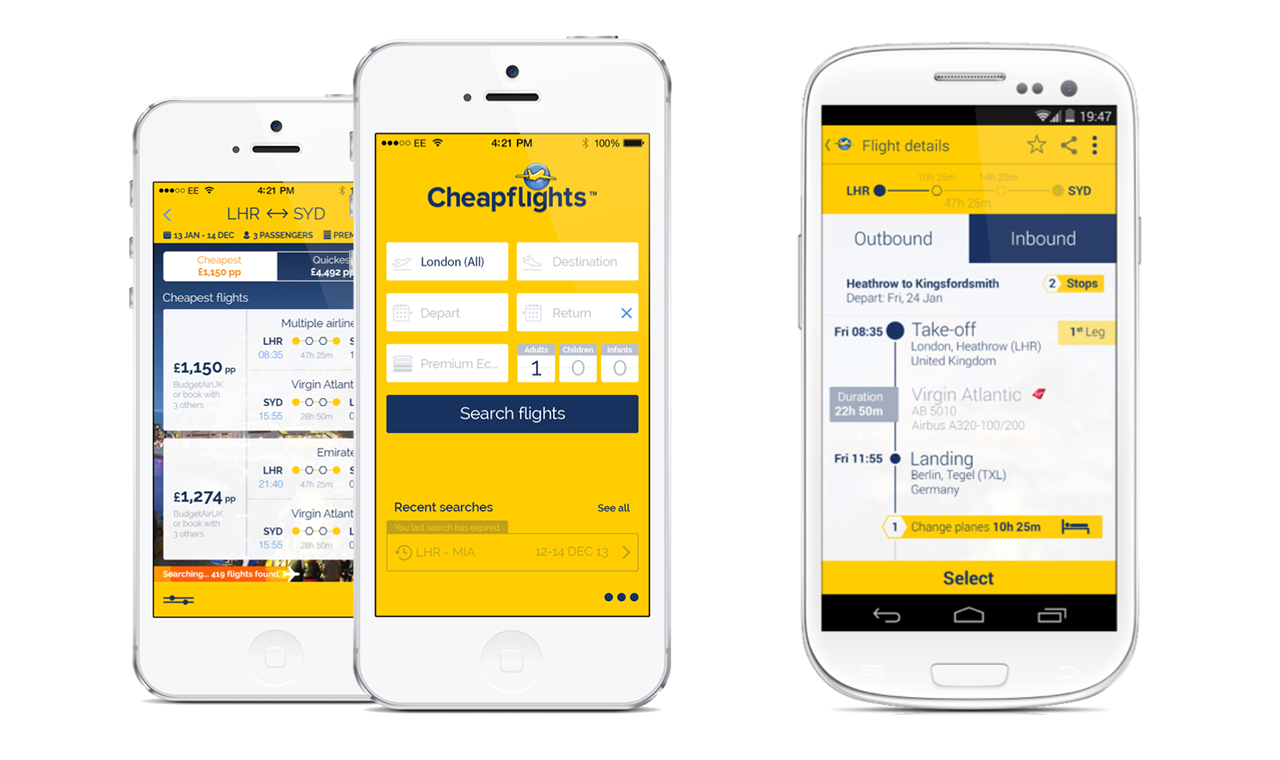 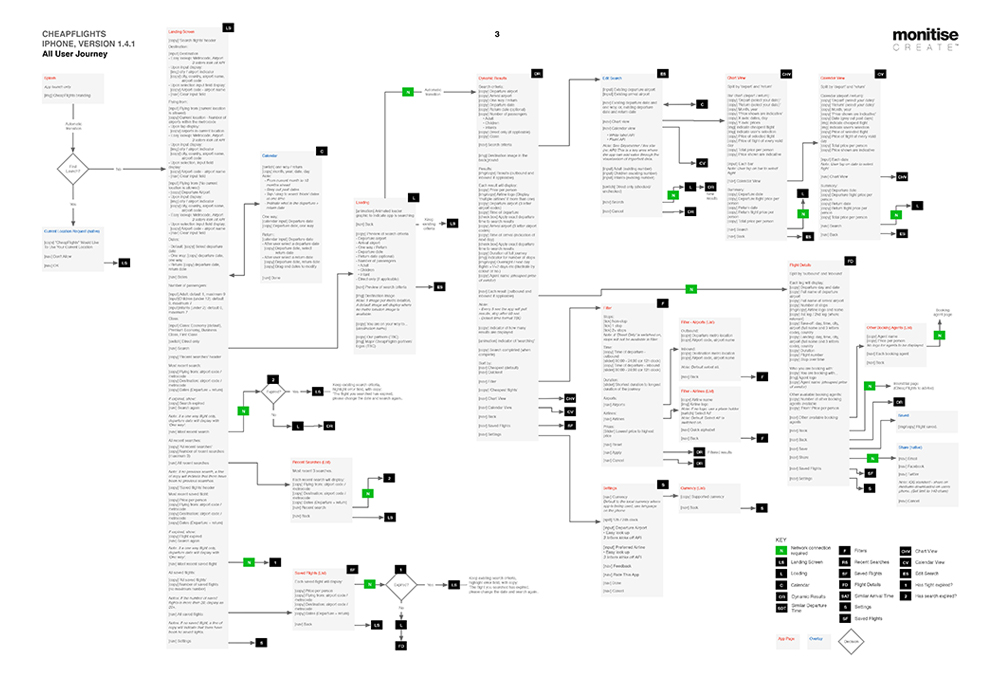 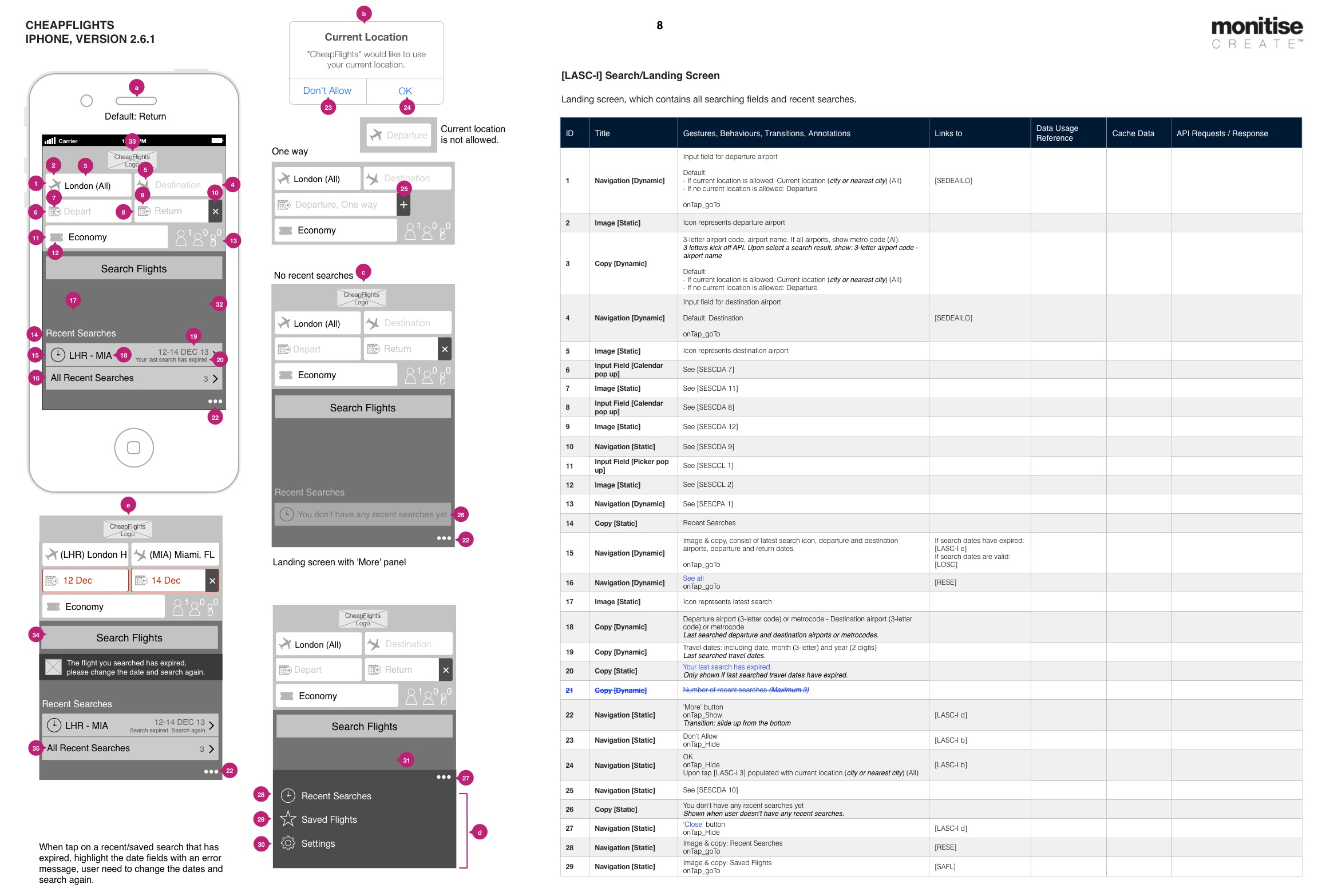